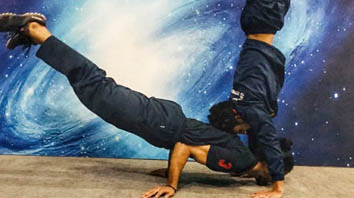 What is Authentic Yoga ?

Whenever the word yoga is spoken it generally refers to postures and different kinds of breathing exercises. Yoga is heavily promoted all over the world for health and fitness and even therapeutic forms of yoga to conquer diseases. However, the aim of yoga is totally different which I wish to share with you here in this article.

In western countries, Yoga has been promoted as a form of exercise, as a result, people focus on physical anatomy and muscle groups. To make it glamorous and appealing to westerners there are distorted versions like ‘ Hot yoga ‘, ‘Coffee yoga ‘, ‘Kundalini yoga’ , Tantra Yoga, Naked yoga, etc.
Each one brings in variations of some kind and the originality is completely lost. Being a trained and certified Yoga master my goal is to bring authentic yoga that transforms your body, mind, and soul to a higher level of consciousness.

Giving an example of the above fact, one can say that Yogis of the past were not focusing on any particular muscle group, but they were concentrating on the benefits and positive impact on their bodies of every Asanas or pose. Along with muscles, which are externally visible, our body also consists of various Chakras, their paths, and channels. So by doing asanas or poses, one can bring about a change in their lives, more importantly, apart from physical appearance, the change is more internal, rather on the soul, which once purified, a person can think rationally, calmly and even make a change in their behaviour and flush out all the impurities or negative thoughts of their minds.
The yogic anatomy is far more concerned with the subtle energy bodies than with the physical body. The truth is Physical muscular anatomy in yoga is of secondary importance especially muscle anatomy. Yoga was considered as the pathway of activating the hidden soul potential and the body was considered to be an instrument whose fine-tuning would awaken and arouse the hidden psychic and spiritual abilities of the person.

I would like to share my personal experience that doing yoga with the highest purpose of knowing god helped me to discover my unique abilities at a physical, mental, and emotional level. The asanas which I practiced especially difficult ones like Shirsa Asana (Inverted Head pose), Mayurasana (Peacock pose) became easy with the correct mindset cultivated during practices. However, everyone has to analyze their body types, limitations before venturing yoga and it should be performed under a trained yoga master otherwise there could be ill effects with wrong postures.

Authentic yoga is the eight-fold path of yoga written in our ancient text by Patanjali which is actually a way of life. It’s not any religion in fact it’s a science of God-realization.
We teach authentic yoga worldwide through online classes and in-person through our health and wellness center Prashivyog based in Juhu, Mumbai India.

What are celestial sounds? September 6, 2019