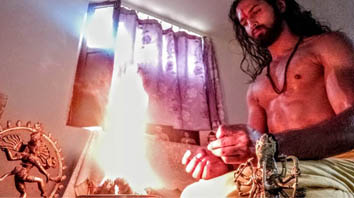 What are celestial sounds?

In our ancient Vedas, a lot of emphasis is laid on the vibration effect of sounds and the flow of energies that exists but cannot be seen by any human beings.
Mantras or chants are ways through which heavenly vibrations taking place in the throats while uttering them have tremendous healing or curing powers and energies which can bring about change and a positive impact on the mind leading to its growth and betterment.
Just like when we strike one fork with another, the sound wave is created, similarly, our voice created from the throats create sounds, and the wonderful vibration effect of it actually helps us in relieving most of our problems.
Although to some it may sound magic or something impossible, the fact is that our entire universe is full of atoms and ions, who have their own individual properties and are constantly in the movement at different speeds and frequencies.
Chants or Mantras help us in reaching those frequencies for betterment and curing of our minds and creating betterment in our lives.
Once we start the chanting of the mantras, the sound vibrations help us in creating positive energy around us.
Among the mantras, there are some which are called Bija Mantras. These mantras are generally chanted while doing the asanas or the meditational poses which in fact help in attaining spiritual growth in oneself.
From many years Yoga Sadhakas have been regularly practicing yogic kriyas and asanas in combination with bija mantras and they provided substantial evidence of effectively curing all types of ailments or diseases which mankind have been facing throughout for so many years. Mantras are done along with meditation help in creating a powerful healing impact on the mind.
In Vedic tradition, sound vibrations are ancient tools that tap into that underlying current of energy that exists in this entire universe but is just out of reach of our human eye.

And mantra chants are simply a way to invoke celestial vibrations in your throat to harness the healing power of that energy and foster transformative growth.

Similar to a tuning fork, our vocal cords as we make certain sounds. This resulting vibration channels cosmic energy through our bodies, which can generate incredible healing energy.

It’s not magic and it’s not witchcraft. The entire world and universe is a bundle of vibrating atoms, with each atom spinning unfathomably fast at its own frequency.

Mantras just help us to get on that same frequency.

And when we are vibing, quite literally, with the universe like that, big stuff can happen.

So what are bija mantras, specifically?

Traditionally, they are kundalini mantras written in Sanskrit, meant to be practiced daily, along with asana and meditation, as a part of your daily sadhana. They are ancient tools to help you channel your life energy into spiritual growth. They were first introduced by the Vedas and have been an important part of traditional yoga ever since.

Bija mantras are also known as “seed mantras” because they have incredible, cosmic power to unlock growth and healing.

That’s because each sound resonates at a different frequency – each with a different healing power. Ancient Hindi texts tell us of the connection between these vibrations and our life energy, or “prana”.

It’s hard to believe that a simple thing like making a sound can unlock such powerful changes within us, but Bija mantras have been used to heal mankind for thousands of years in Vedic meditation.

So, how do we use these Sanskrit mantras?

The human body functions on an energy system based on Chakras. Chakras are the Sanskrit word for wheel, which describes the way in which our energy flows.

When we chant bija mantras, we are generating sound vibrations that are in tune with the chakras. These are often casually called the chakra sounds.

By producing sound vibrations that match the frequency of our chakras, we can help support chakra balancing during our meditative journey.

To learn more on celestial sounds and experiencing the power of the mantras join our worldwide online Prashivyog class www.prashivyog.com
or explore in person with us at our health and wellness center in Juhu, Mumbai.

What are celestial sounds? September 6, 2019